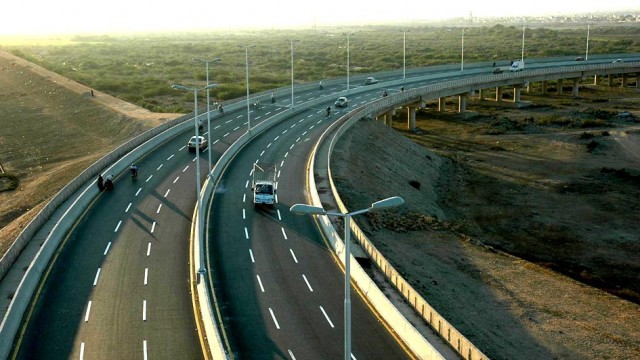 The Khyber-Pakhtunkhwa (K-P) government has hastily engaged China Road and Bridge Corporation (CRBC) for the development of its once-favoured Rashakai Special Economic Zone (SEZ) despite the fact that the same company till recently was pushing the case for construction of Hattar as a prioritised zone.

The provincial government signed two pacts – a memorandum of understanding and an engagement agreement – with CRBC in a span of 24 hours, raising transparency concerns in the deal.

The CRBC is a subsidiary of China Communications Construction Company (CCCC) that faces transparency issues. In July 2016, Transparency International named CCCC among firms that face “huge corruption scandals” and cause “immense damage to local economies”.

In 2011, the World Bank had also debarred CCCC and all its subsidiaries for fraudulent practices until January 12, 2017. But the CCCC is engaged in some of the critical road projects of CPEC.

K-P Chief Minister Parvez Khattak has given the CRBC preference over another Chinese company – China National Electric Engineering Company Limited (CNEEC). In January 2017, the K-P government and the CNEEC had signed the MoU for development of the Rashakai zone in presence of PTI Chief Imran Khan.

The provincial government did not sign the engagement agreement with the CNEEC despite it completing the feasibility study of Rashakai project, said officials in the CNEEC company.

The CRBC had pushed the case of Hattar for prioritised economic zone over the Rashakai during a meeting of the 7th Joint Cooperation Committee of CPEC, held in Islamabad three months ago.

In the meeting, both the federal and the K-P governments wanted to construct Rashakai-Mardan as the prioritised SEZ. However, China wanted to promote the Hattar site, which is near Havelian dry port and falls on the fast developing eastern corridor.

The prioritised SEZs have been planned to promote bilateral industrial cooperation under CPEC and will be at the centre of long-term economic relations. The industries being set up in the prioritised SEZs will be entitled to special tax treatments.

KPEZDMC’s response was awaited till the filing of the story.

The government did not sign the engagement agreement with CNEEC, as the company had quoted a very high cost for development, said a senior official of the planning department of the K-P government while defending the deal with CRBC. He claimed that CRBC was way ahead of the CNEEC and the decision to engage it was taken at the highest level.

But the claim about low cost of development by CRBC is surprising, as the CRBC has neither yet conducted a feasibility study of the Rashakai zone nor prepared its Master Plan.

In a letter dated January 18, 2018, which was also the last day of its one-year MoU, the CNEEC managing director informed KPEZDMC about completion of the fifth version of the feasibility study. The letter showed per acre land price at Rs6.8 million or $16 per square meter.

The CNEEC has also submitted feasibility study of the Rashakai project in the 7th JCC meeting. The CNEEC is a state-owned company and is 100% subsidiary of China National Machinery Industry Corporation (Sinomach Group).  The company has undertaken 733 projects with total contract amount of $73.6 billion in 48 countries along the Belt and Road project. For Rashakai SEZ, the CNEEC engaged IPPR that also designed 22,600 acres of China-Belarus Industrial Park. The provincial government official said that under the engagement agreement the CRBC will conduct the feasibility study. He said that the MoU had been signed to merge both the Rashakai and Hattar zones as one project.

However, the provincial government cannot take this decision, as these powers rest with the federal government and National Development and Reforms Commission (NDRC) of China.

The provincial government official said that a case for the merger has been submitted to the Board of Investment and NDRC. On January 3 of this year, the provincial government had also signed an engagement agreement with CRBC for development of the Hattar zone. Now a single company has been given the gigantic task of completing two competing SEZs.

Govt to finance provision of gas, electricity to all SEZs
March 5, 2019